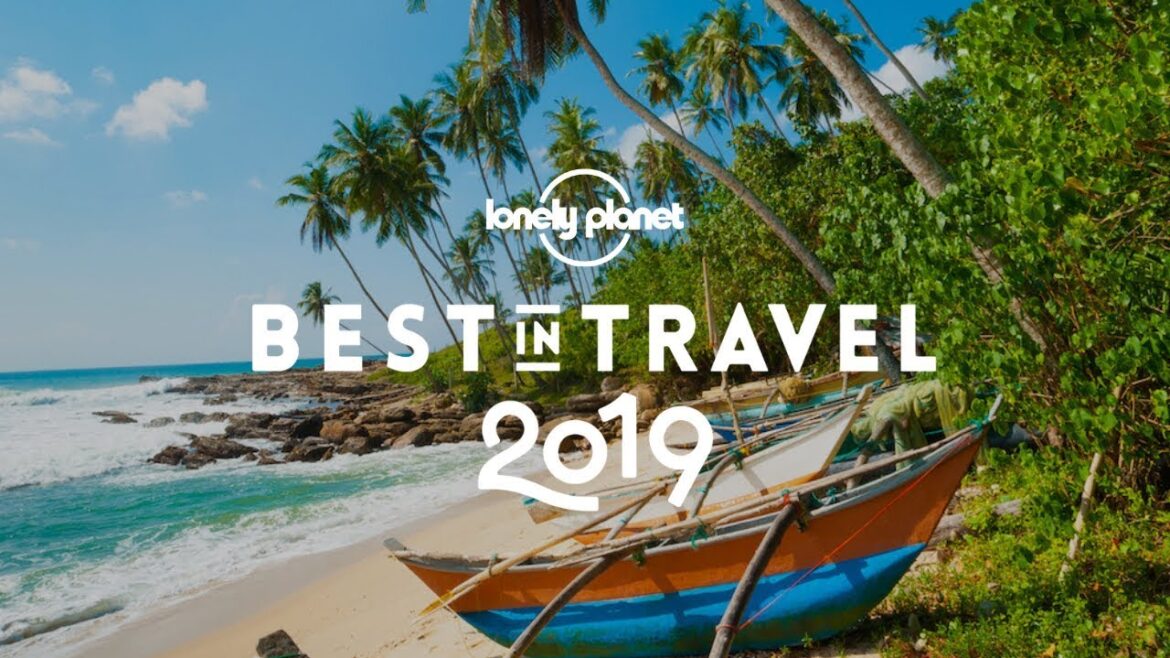 Almost 10 years after the end of its civil war, Sri Lanka has been named the best country in the world to visit in 2019 by Lonely Planet. Better transport links, new hotels and a growing number of activities were cited as the reason the south-Asian island was chosen for the top spot in the guidebook publisher ’s annual Best in Travel awards.

“Already notable to intrepid travellers for its mix of religions and cultures, its timeless temples, its rich and accessible wildlife, its growing surf scene and its people who defy all odds by their welcome and friendliness after decades of civil conflict, this is a country revived,” says Lonely Planet author Ethan Gelber in the Best in Travel 2019 book, published today.

“Unmissable experiences” include wildlife, such as the 300-strong elephant gathering at Minneriya national park, thousand-year old Buddhist monuments, and hiking and train travel through the Hill Country’s tea plantations.

Tourist visits to Sri Lanka have increased dramatically since the end of the 26-year conflict, from 447,890 in 2009 to an all time high of 2.1 million last year, a figure the Sri Lanka Tourism Development Authority hopes to double by 2020. Renovations made to the rail system have opened up Jaffna and much of north for the first time since 1990 – an area that was previously considered too dangerous for tourists. The scenic rail routes in Sri Lanka are now widely thought to be some of the best in the world. Motorways have also been built as far south as Matara, and the number of domestic flight routes has increased in recent years, too: for instance, from the capital Colombo, on the west coast, to Batticaloa, on the opposite side of the island, in 45 minutes.

There has also been a huge investment in new visitor accommodation: from homestays to high-end eco retreats – such as the Wild Coast Lodge’s cocoon-like buildings in Yala national park. Major international hotel chains, including Shangri-La, Mövenpick, Sheraton, and Grand Hyatt, are all opening new properties.

Sri Lanka’s surf scene has been steadily growing, as more of the coast has become accessible, and tour operators are now offering jungle hiking, alongside yoga breaks with traditional Ayurveda treatments. There are also plenty of free attractions, including colourful puja rituals on the clifftop of Koneswaram Kovil in Trincomalee in the north east; Colombo’s main market of Pettah; and the fortified walls surrounding the colonial old town of Galle in the south.

While the ratio of tourists to residents is relatively low compared with countries where overtourism is now a major issue, some conservationists have expressed concern over the speed of development in certain areas.

“Tourism is a major income generator for the country. Unfortunately, much of our tourism is focused on numbers of tourists [rather than] the investment they make in the country,” says Asha de Vos, marine biologist and founder of Sri Lanka-based conservation organisation Oceanswell.

“To accommodate the numbers, we are building more hotels and infrastructure and taking over natural spaces. The pressure on our wildlife and cultural sites is immense and destructive. The over-development is ongoing and unending – and because of the lack of coordination and planning, many hotels lie empty. So while tourism has its positives, if done haphazardly and without planning you destroy the very resources that draw people in.”

De Vos says development is affecting coastal areas and national parks in particular, where capacity is being exceeded in peak season and has led to an increase in pollution from rubbish not being disposed of properly.

She believes tourism in Sri Lanka can be beneficial but says the government needs to regulate, educate, have a longer-term vision and protect areas from over-development. “Sustainability should be at the core of any tourism product that is created.”

Lonely Planet’s Best in Travel lists the top 10 countries, cities and regions alongside other travel experiences for the year ahead, ranked by the staff of Lonely Planet, including editors and contributors from around the world. Germany is rated second in the countries list, with a nod to the centenary of Bauhaus next year, and Zimbabwe – where tourists are starting to return after the resignation of Robert Mugabe – comes in third. In fifth position is Kyrgyzstan, which has 2,700km of newly-marked trekking routes. Copenhagen, Shenzhen in China and Nova Sad in Serbia were named as the best cities to travel to in 2019, while top trends include dark-skies tourism (with an increase in people stargazing and solar eclipse trips) and electric road trips, thanks to a rise in the number of car-rental companies offering alternatives to petrol and diesel vehicles.