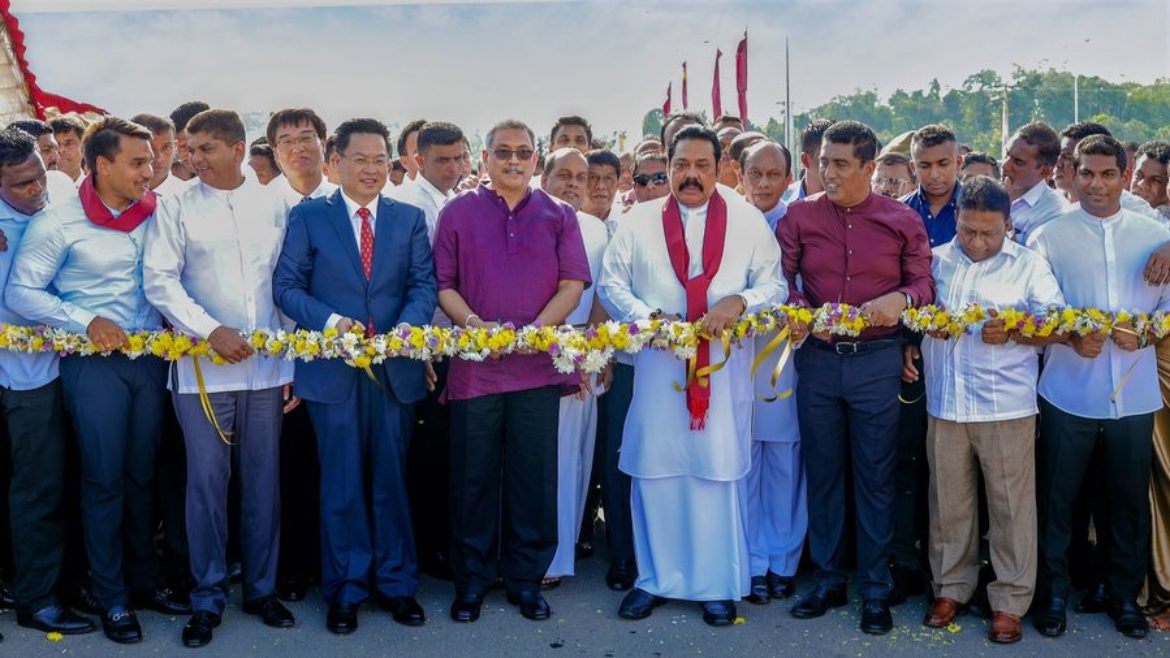 The extension of Sri Lanka’s Southern Expressway that will link the country’s main ports and airports opened officially to traffic on Sunday.

It will ease access to the Chinese-built Hambantota Port and further strengthen Sri Lanka’s position on the maritime silk road and support the vision in building Sri Lanka as a logistic hub in Asia.

The ribbon cutting ceremony on Sunday was attended by the president and the prime minister as well as Chinese Ambassador to Sri Lanka Cheng Xueyuan.

“The extension of Southern Expressway up to Hambantota will connect lives, livelihoods and boost economic activity. It’s the key infrastructure that links Hambantota Port and Mattala Rajapaksa Hambantota Airport and supports our vision in building Sri Lanka as a logistic hub in Asia,” the president said on his official Twitter account.

Construction of the extension stretching from Godagama in the southern Matara district to Mattala in the southeastern Hambantota district began in 2015. The extension features a unique elevated pass to accommodate a safe crossing zone for elephants.

Speaking to locals at a public rally near Barawakumbuka where the extension passes, Prime Minister Mahinda Rajapaksa said that the highway would ease access to the Chinese-built Hambantota Port and further strengthen Sri Lanka’s position on the maritime silk road.

Minister of ports, shipping and Highways Johnston Fernando thanked the Chinese government and the Chinese people for their assistance in building this and other development projects that have uplifted the economic status of the country.

“The biggest benefit to locals is that the value of their lands near the expressway will increase,” Fernando said, adding that the expressway connects Sri Lanka’s main ports in Colombo and Hambantota, while also linking airports in both districts.

Speaking to Xinhua, Minister of Mahaweli, Agriculture, Irrigation and Rural Development Chamal Rajapaksa said that the extension would suit his ministry’s plans to develop export agriculture as the road would enable transport of produce from farms to port and airports.