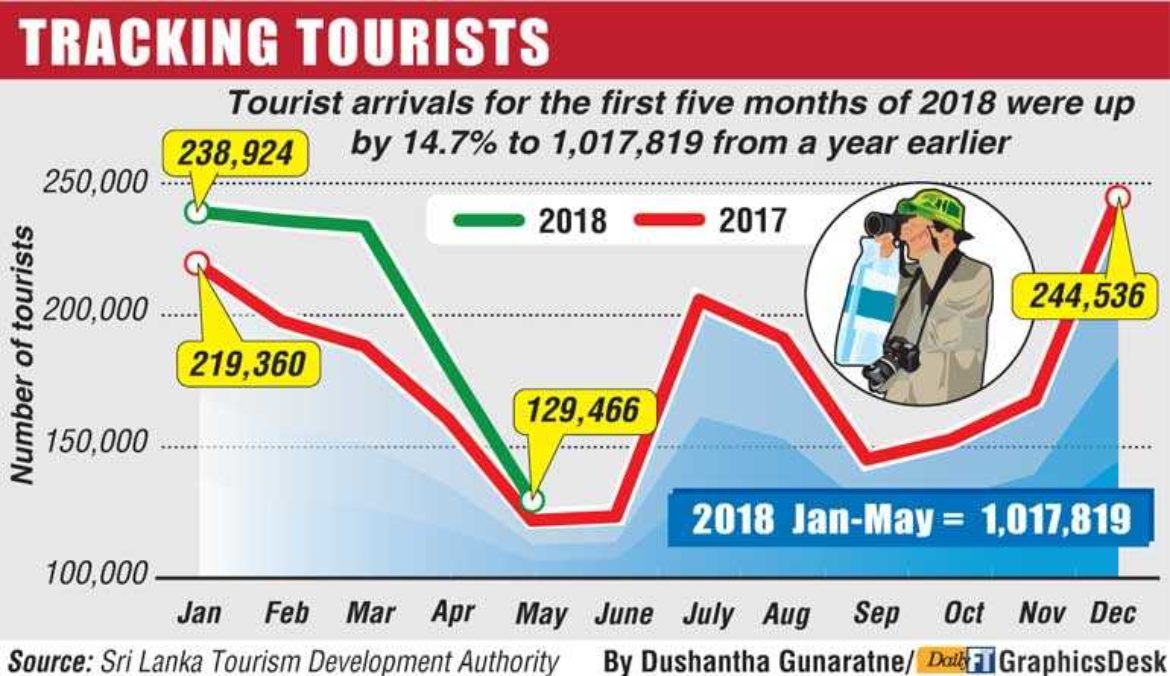 Tourist arrivals during the first five months exceeded one million, reflecting a 14.7% growth, while May saw a 6.2% growth to 129,466 from the comparable period of last year.

According to data released by the Sri Lanka Tourism Development Authority (SLTDA), tourist arrivals in May amounted to 129,466, up 6.2% from 121,891 in the corresponding month of 2017.  The cumulative arrivals of tourists in the five months rose 14.7% to 1,017,819 compared to 887,093 in the same period last year, continuing the growth momentum kick-started this year.

Earnings from tourism in March were estimated at $ 433 million, with cumulative earnings amounting to $ 1,313 million during the first quarter of 2018, according to data released by the Central Bank last week.

The much awaited and crucial multi-platform CNN global promotion campaign for Sri Lanka tourism also went live at the end of May.

This was following the agreement for the three-month CNN global campaign being signed on 24 May.

In addition, there will be another two videos which are 60-second vacations on CNN TV International. Both of these will be done by the CNN Editorial.

The Great Big Story is expected to bring in 800,000 views on social media.

The campaign will reach across the globe through multiple platforms.